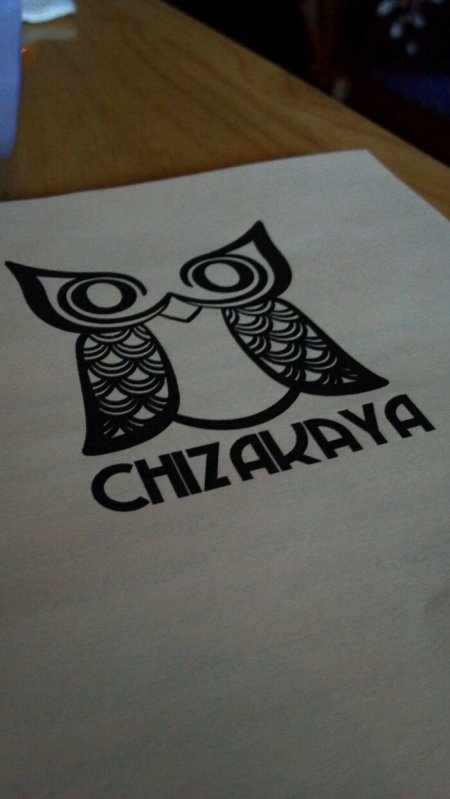 As Jill works at a local ramen and yakitori restaurant, we like to search out places known for their ramen.  We finally found a good night to check out Chizakaya (3056 N. Lincoln Ave.).  The name is a play of Chicago and Izikaya, the style of serving food cooked on skewers – also known as yakitori.

We ordered light and started with two orders of yakatori which contained two skewers per order.  At only two or three bucks an order this is a fantastic deal compared to all other spots in the city.  We opted for the chicken hearts and Wagyu style beef cheeks. The cheeks were tender and well marbled.  They were seasoned nicely and simply with salt and pepper and had a light char to the outside of the meat.  The inside was medium rare to medium and was extremely moist.  In this case I could taste the higher quality Wagyu style of meat. The hearts were about as good as a heart on a stick can get.  They had the right amount of chew you’d expect in a chicken heart.  They were a little rubbery in a nice squiddy sort of way – but we both really enjoyed the texture.  The char was less on the hearts and the inside were softer and easy to chew.

Our next course was the “Japanese Pizza” or basically a crazy seafood omelet.  It’s called Okonomiyaki.  Egg cooked with squid and shrimp placed atop a bed of bacon.  Then it’s topped with a ginger sauce and bonito flakes.  The plate arrives and bonito is moving as though it’s a living thing.  It’s sliced just like a pizza and I assure you it’s nothing like anything you’ve tried before.  I suppose it may take a bite or two to take all the flavors and textures in, but in the end you WILL be a fan.

Crunchy bonito, creamy ginger sauce, shrimp, squid, fluffy egg.  The dish is a whirlwind of familiar flavors combined and presented in a totally unique manner that I wish more establishments would try to duplicate. 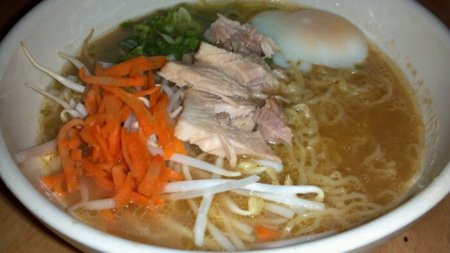 Chizakaya’s version of Tonkotsu (pork broth) ramen is one of the better we’ve tried in a while.  This is quite a statement considering the amount of ramen we consume combined.  They use excellent Slagel farms pork tenderloin as their protein.  We added a slow poached egg for just a buck which made the dish an extremely reasonable $12.

A generous portion, really nice intense pork flavor and meat that was moist and not overcooked made our mouths happy.  The poached egg was ooey and gooey melting just right into the broth intensifying the umami flavor.  Sooo good. 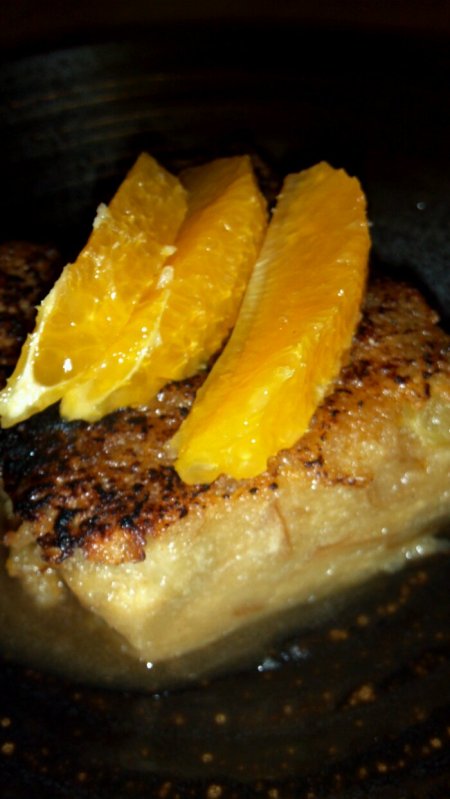 We checked in on Yelp and got an instant free dessert.  “That was easy.”  We selected the white chocolate bread pudding with Drambuie caramel, golden raisins and sliced Mandrin orange.  I mean, come on.  How couldn’t it be insane.  The top of the pudding was slightly charred which gave their version a unique twist.  It was gone in under a minute.  No joke.

On our return we plan to order every skewer on the menu in multiples. Just sayin…